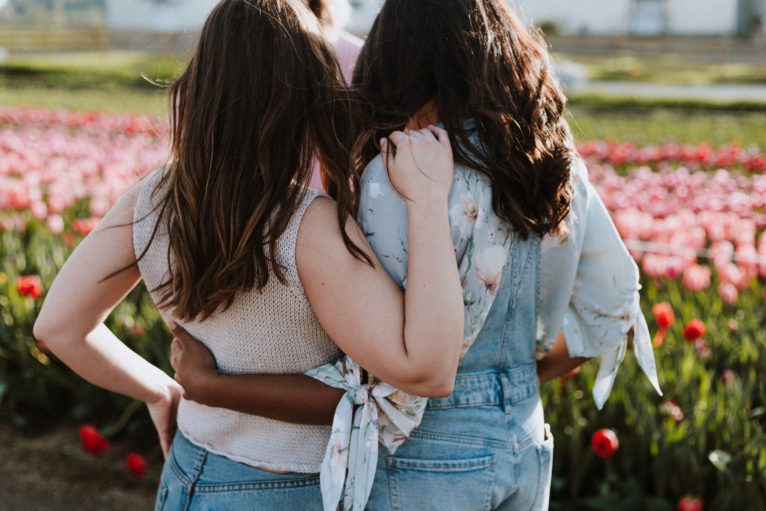 When I think about it, it was in going to different groups that I got to meet lots of people, and I made friends that way. I met people when I started going to my local ACE group, then I got asked to join the national ACE group, so I met more people that way. Then it was through that, that I was asked to join The keys to life Expert Group as well.  At first the Expert Group was run by ENABLE Scotland, but then it got moved over to SCLD, and I got to know more people from there as well, and I have made quite a few friends through that.

I’m friends with Zoe*, who I met the National ACE group.  She doesn’t stay near me, but she came down for a couple of days with her cousin, so I saw her for a bit.

I made good friends with Helen* through The keys to life Expert Group, and we phone each other quite a lot between meetings. But her phone’s not working just now, so I don’t know how she is.

Joining the church was a good way to make friends and keep friends. I went to the Gospel Hall for years. That dwindled away after my mum and dad died. Then I came to live here. I started going to the local church and I got to know the minister at that time, then he left, and then I got to know the new minister and his wife. They are good friends. I go shopping with the minister’s wife once a fortnight, and they phone me and see that I’m ok. Another friend from the church is Elsie*, and she used to help me with my shopping, but then her work started back up, so now I go shopping with the minister’s wife.

I’ve got neighbours who are friends, but I’ve changed the way I speak to new neighbours. The people who live near me are different now. Now, if someone new moves in I don’t always go out and start chatting, in case they turn out to be people I don’t want to be friends with. Some of the neighbours aren’t as good now, and I need to take precautions, so that I feel safe… I’m just not saying “hello” to them, because it’s not as good as it was once. It got me in bother before, being friends with people I shouldn’t have been, so there’s someone that has been here a month and I’ve not even said “hello” to them.

” I need to take precautions, so that I feel safe… I’m not just saying “hello” to [neighbours] because it’s not as good as it was once.”

The Six Circle group is for people with mental health problems and people that have been in prison. There’s someone I’ve been friends with there for 10 years. I go and see him when I can, and we phone twice a day so I can see how he is.  I’ve only been once since lockdown, but I’m hoping to see him again in October, if we’re allowed to travel.

Being friends is helping people out and talking to them. Seeing that they’re okay. I don’t go as far as I used to because I know I can get myself into trouble, and I want to be on the right side of things.

“Being friends is helping people out and talking to them… Seeing that they’re okay.”

It’s easier now to know who I can trust. I can tell just by looking who is a bit wild and who’s not. Like one person I know is friendly, but he is using drugs, so I say hello but I’m not too friendly.

The people I’ve got in my life now are the right people. Plus, I’m making new friends with the Six Circle.  One member has had a heart attack and needs to do exercise, and I’m there to do exercise as well.

With COVID I’ve not been out and about. In the last lockdown, I just sat outside, watching folk go past, and watching they didn’t get too close. A lot of stuff is shut down now and done on Zoom, but I can’t use Zoom with the video. If I’m in a group just now everyone else can see each other but I just listen. It’s the same with the church prayer meeting.

“A lot of stuff is shut down now and done on Zoom, but I can’t use Zoom with the video. If I’m in a group just now everyone else can see each other, but I just listen.”

If someone doesn’t have any friends; they should find a group, they want to go to. It can be hard to join one. The social worker can talk you into going to a group, and that can help you get started. They suggested I join the ACE group; they knew that group was ok to mix with.

When I first started going to groups it was hard at first, but I always found someone to talk to.  I’ve always found it quite easy to make friends. If you’re polite and say “hello” to them. If someone joins, I always make an effort to speak to them. Then I can meet up individually with people outside the groups.

Then one thing leads to another... Like being part of the Expert Group led onto being a judge on for the Scottish Learning Disability Awards. Also being an ambassador at the IASSIDD conference. So, going to groups is a good way of making friends, and it can open up your life to trying new things.

It's 'Self-Care' Sunday, marking the end of a jam-packed #LDWeekScot2021. Today is about taking care of yourself 😎 - the @SCLDNews team will be sharing their own self-care tips, plus we have relaxing activities like laughter yoga 🤣, mindfulness 💆‍♀️ and sensory stories. pic.twitter.com/yw8a…