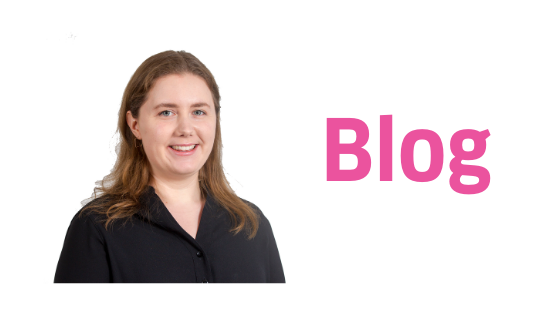 Whatever your views on climate change and what is being described as the ‘climate crisis’, no one can be under any illusion that we all share some responsibility to help protect the natural environment around us, and the wider environment on the planet we all share.

But what if the very responsibility you feel for the environment presents a series of barriers that make it difficult for you to navigate, let alone join in the discussion on climate change through the usual channels?

This is the situation faced by many people with learning disabilities when it comes to taking part and being recognised in the public debate around climate change.

This is significant because research increasingly shows that climate change is predicted to have a disproportionate impact on disabled people.

When talking about climate change and disability it’s important not to be disingenuous; although everyone should have a voice, we shouldn’t judge those who do not engage in the climate debate. When you’re facing barriers and challenges in your daily life, such as access, discrimination or poverty, protecting the environment may well be low on your list of priorities.

Yet at the same time we must acknowledge that climate change does not affect us all equally; for example, it’s clear that high summer temperatures in the UK are becoming more frequent, but in some parts of the world like Pakistan and Australia, recent heatwaves have already become deadly.

Similarly, climate change often impacts those in the developing world and people in poverty to a greater extent than people who live in more affluent places.

The same scenario applies when it comes to disability – if the world you live in is already presenting you with challenges in living your day-to-day life, then the potential for adverse weather and food and water shortages are only going to make things harder.

[The UN] “Urges States to strengthen and implement policies aimed at increasing the participation of persons with disabilities in climate change responses at the local, national, regional and international levels…”

In addition, this year’s International Day of Persons with Disabilities (3rd December) focused on promoting the participation and leadership of disabled people in working towards the UN’s 17 Sustainable Development Goals within their 2030 Development Agenda.

Goal 13 ‘Climate Action’ acknowledges that ‘the poorest and most vulnerable people are being affected the most’ by global warming and the other negative effects of climate change. Yet, despite the fact that the targets associated with Goal 13 acknowledge the need to include groups traditionally seen as ‘marginalised’, such as women and young people, there is no explicit statement around the inclusion of people with disabilities in planning and preparing for the challenges that climate change will present.

So how do we move towards a world where more disabled people are included in climate activism? The recent Extinction Rebellion protests demonstrated that sometimes the very means people use to protest (such as climbing on top of tube trains, or gluing themselves to airport floors) are, by their very nature, inaccessible to some people with disabilities.

On the other hand, when a person has a learning disability it can be things such as political pamphlets and manifestos, and the science around climate change that can stop people from understanding and taking part in discussion and action.

There are organisations within Scotland working to make politics more accessible, such as Learning Disability Alliance Scotland, however on the whole there is very little easy read information (a system of writing in plain English with pictures to support understanding) available on climate change and climate activism.

For the Scottish Commission for Learning Disability a logical first step is raising awareness of the need to include disabled people in the debate around climate change – this is why the theme for Scottish Learning Disability Week 2020 is ‘My Environment – My place, my planet’.

Our Scottish Learning Disability Week ‘Get Involved’ packs provide information and activities to help raise awareness of the importance of protecting our environment and planet.

SCLD hopes that by choosing the environment as the theme of Scottish Learning Disability Week 2020, we can help to highlight the importance of a more inclusive approach to climate action.

Kyle Garden was the winner in our Skills & Learning category at the Scottish Learning Disability Awards 2019. This is his story - bit.ly/2S2lL3s

We're at Fortuneworks this morning trying out our Learning Disability Week Get Involved Packs. Off to do a litter pick. Glad we've wrapped up warm. pic.twitter.com/JDyU…

A big thanks to @BILD_tweets for brightening our Tuesday morning with these lovely flowers. It was great to meet with you and welcome you to Scotland last week 😊 #learningdisability #workingtogether pic.twitter.com/N8Tu…

You have ONE WEEK to get your nominations in for the Scottish Learning Disability Awards 2020!! Visit our website now and get nominating - bit.ly/2EkoyyB #LDAwardsScot2020 #MondayMotivation pic.twitter.com/uFQu…