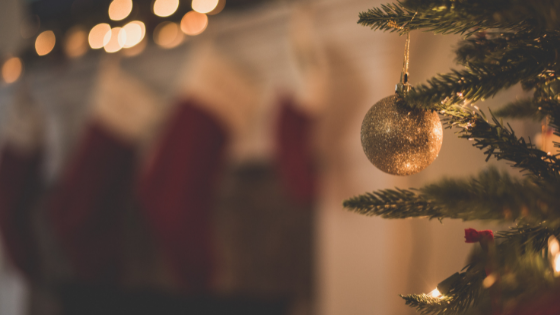 As storms set in and winter takes hold in Scotland, it can feel like the end of another unforgiving year. Yet Christmas and its counterparts: Diwali, Ramadan, Passover and the many other religious and secular festivals that mark important points in our calendars share a commonality; the sentiment of hope.

These occasions give us a chance to meditate, to reflect, to give thanks for our blessings and lament our losses; but above all, to hope for our future.

Some may think that as 2021 closes the future cannot come soon enough, however through our shared adversity there have been important lessons to learn and a sense that the decisions we make now are more important than at any other time in recent history, in terms of our changing planet, economies, the realisation of human rights and the way we live and work.

For people with learning disabilities these decisions matter no less.

At the Scottish Commission for People with Learning Disabilities (SCLD) 2021 has given us a renewed sense of how vital it is to continue to defend the human rights of people with learning disabilities in Scotland, in spite of a rapidly changing and often challenging environment.

The year began in the grip of yet another lockdown – people with learning disabilities, many of whom were especially vulnerable to COVID-19, were confined to their homes or supported accommodation, with limited contact with others. For some people this presented further opportunities to utilise technology to connect with others and extend beyond the boundaries of their normal social lives and the limits of support provided. However, for others, another lockdown meant prolonged isolation, further cuts to their existing support packages and a renewed sense of fear.

In early February, the Scottish Learning Disabilities Observatory (SLDO) released shocking statistics which showed that people with learning disabilities were twice as likely to experience a severe outcome from COVID-19 than those in the general population and were 3 times more likely to die of COVID 19; this was a startling start to 2021, exposing the health inequalities that pre-dated COVID in the harshest possible light.

At SCLD we campaigned to ensure that people with learning disabilities were prioritised in the vaccine rollout.

Our Facebook group, ‘SCLD Stay in touch’ continued to provide support for people with learning disabilities and we engaged online regularly to listen to people’s concerns and explore how we could further support people through the pandemic.

The Ides of March (and April)

In March the controversial Hate Crime and Public Order (Scotland) Bill was debated in Scottish Parliament. The Bill became law in April 2021, but many challenges remain in the reporting of Hate Crime. To help tackle hate crime, SCLD has become a Third Party Reporting Centre for Hate Crime in 2021.

According to the Characteristics of Police Recorded Hate Crime in Scotland, published in by the Scottish Government Safer Communities Directorate this year, in 59% of disability aggravated Hate Crime cases, the perpetrator showed prejudice against people with a learning disability. This shows that there is much more to do in the fight against hate crime – a cause which we will continue to be committed to in 2022.

March also saw the publication of the Scottish Government’s National Taskforce for Human Rights: Leadership Report which recommended the incorporation of the United Nations Convention on the Rights of Persons’ with Disabilities (UNCRPD) into Scots Law. This was a landmark moment in the history of the rights of people with disabilities in Scotland.

April brought the beginnings of the United Nations Convention on the Rights of the Child (UNCRC) incorporation into Scots Law, albeit progress was halted later in the year due to the UK Supreme Court ruling regarding the jurisdiction of the Scottish Government. SCLD continues to be committed to safeguarding the rights of children and young people with learning disabilities in Scotland, and we will continue to work with Together Scotland and other key partners towards achieving this.

May saw our annual Scottish Learning Disability Week, the theme of which was ‘Relationships’. This theme was designed to highlight some findings from the “How’s Life?” Survey (2019) which showed the inequalities that exist when it comes to information about and access to both romantic and platonic relationships for  many people with learning disabilities. As with 2020, Scottish Learning Disability Week had to be held online again, however this did nothing to dampen its impact! The Week was a roaring success – people engaged with the theme which many said spoke to them on a personal level. There were over 189K Twitter Impressions made during the Week and over 30,000 people reached via the SCLD Facebook page. Our popular ‘Get Involved’ Packs flew out – 2021 was our biggest year yet in terms of distribution, with over 600 packs going out to individuals and organisations across Scotland.

Throughout June and July we held some great online events for our networks, such as the International Initiative for Disability Leadership (IIDL) webinar exploring different models of Supported Employment for people with learning disabilities, featuring a presentation on Microsoft’s Global Supported Employment Program. The IIDL Scotland is a group of organisations that work on employment and individual leadership for people with learning disabilities. There will be more information coming out on this work in 2022 so please keep an eye on SCLD’s social media channels!

Scotland’s Positive Behaviour Support (PBS) network, continues to grow and now has over 300 sign-ups (sign up here). Two PBS webinars were delivered: one on ‘Sensory Integration – See Behaviour through a New Lens’ and the second on ‘Staff Wellbeing in the context of PBS’. The webinars were attended by over 500 attendees and resulted in over 400 webinar downloads.

The Restraint Reduction Scotland  continued to grow and develop its network – it now has over 70 members from all sectors where restraint and restrictive practices have been identified as a key issue to be addressed in order to enable people to secure their human rights. Membership is free; more information is available on the SCLD website.

In August SCLD proudly launched ‘Human Rights Town’ – an app designed by and for people with learning disabilities, to help people recognise and realise their human rights.

Human Rights Town is free and available to download from the Apple App Store and Google Play. The app has recently passed the milestone of 1000 downloads and continues to grow. SCLD plans to develop the app further and to pioneer human rights training sessions in schools, to help young people to know and understand the human rights of people with learning disabilities.

In September the UK Research and Innovation ‘Coronavirus and People with Learning Disabilities’ study released it’s Wave 3 findings. The findings show that people with learning disabilities have done their bit through the pandemic to keep themselves and others safe: over 90% are double vaccinated; most are still wearing masks in public and getting regular COVID tests.

But they are paying a price. More than half are worried about leaving the house, more than 1 in 5 people are ‘often or always anxious’ or have had a new or worsening health problem.

Yet support for people and families, has not yet returned to pre-pandemic levels. For many easing restrictions for others has left them living more restricted lives with no obvious end in sight. It remains to be seen what 2022 will bring to ease this situation that many people with learning disabilities find themselves in.

Eleanor Roosevelt once said “where, after all, do universal human rights begin? In small places, close to home—so close and so small that they cannot be seen on any maps of the world;” 2021 has left us in no doubt as to the importance of this statement and SCLD remains committed to defending the human rights of people with learning disabilities in their daily lives.

The third SCLD ‘Our Future Leaders’ course was launched in September 2021. The now popular course is a partnership project between SCLD and Inspiring Scotland, designed to equip a selected group of people with learning disabilities with the skills required to become leaders in their own lives, and in their communities. To date, we have twenty graduates and nine people currently taking the ‘Our Future Leaders’ course. Find out more by watching a short video.

September also saw the launch of our ‘Active, Connected, Included’ project, designed to enable people with learning disabilities to become more included in their local communities.

The project was developed in collaboration with a number of local organisations, including community groups, local authorities and Third Sector Interface (TSI) organisations. The result is a set of four documents, each aimed at a different section of the community, from people with learning disabilities, families and supporters, to community groups.

In October we were delighted to hear that our application to the Delivering Equally Safe Fund was successful. This will be a partnership project with People First (Scotland) and there will be much more to come in 2022!

October also saw the release of the second of the reports on the findings of the “How’s Life?” Survey (2019) , “Mostly a 10, but sometimes a zero” The Wellbeing of People with Learning Disabilities which revealed the nuances evident in understanding people’s wellbeing, even in a pre-pandemic world.

As Autumn progressed, CoP26 fever descended upon Scotland and Glasgow in particular. SCLD had run a ‘My Environment, My place, my planet’ theme for Scottish Learning Disability Week 2020, in preparation for CoP.

The final months of the year have been no less busy! November saw us recruiting for a revolutionary new programme for change –Include For Good – which will see a group of people learning disabilities become ‘Rapporteurs’, leading change and holding those in power in Scotland to account. Include For Good will launch in spring 2022 – so watch this space!

Our New Year calendar is already filling up, but as we move into what will be another challenging year, we can take hope from the resilience we have built over the last eighteen months and take heart from the many projects that we spearhead, as we continue to work towards our vision of a fairer Scotland where people with learning disabilities live full, safe, loving and equal lives.

We wish everyone a very Happy Christmas.

Apply for a #jobopportunity at @SCLDNews! We are recruiting a Programme Lead for our Include For Good programme. ⚠️Closing date is Friday 28 Jan at 4pm. Apply for the opportunity - bit.ly/3f191WE pic.twitter.com/LK37…

Apply for a #jobopportunity at @SCLDNews! We are recruiting a Programme Lead for our Include For Good programme. ⚠️Closing date is Friday 28 Jan at 4pm. Apply for the opportunity here - bit.ly/3f191WE

Apply for a #jobopportunity at @SCLDNews! We are recruiting a Programme Lead for our Include For Good programme. ⚠️Closing date is Friday 28 Jan at 4pm. Apply for the opportunity here - bit.ly/3f191WE pic.twitter.com/oQcp…