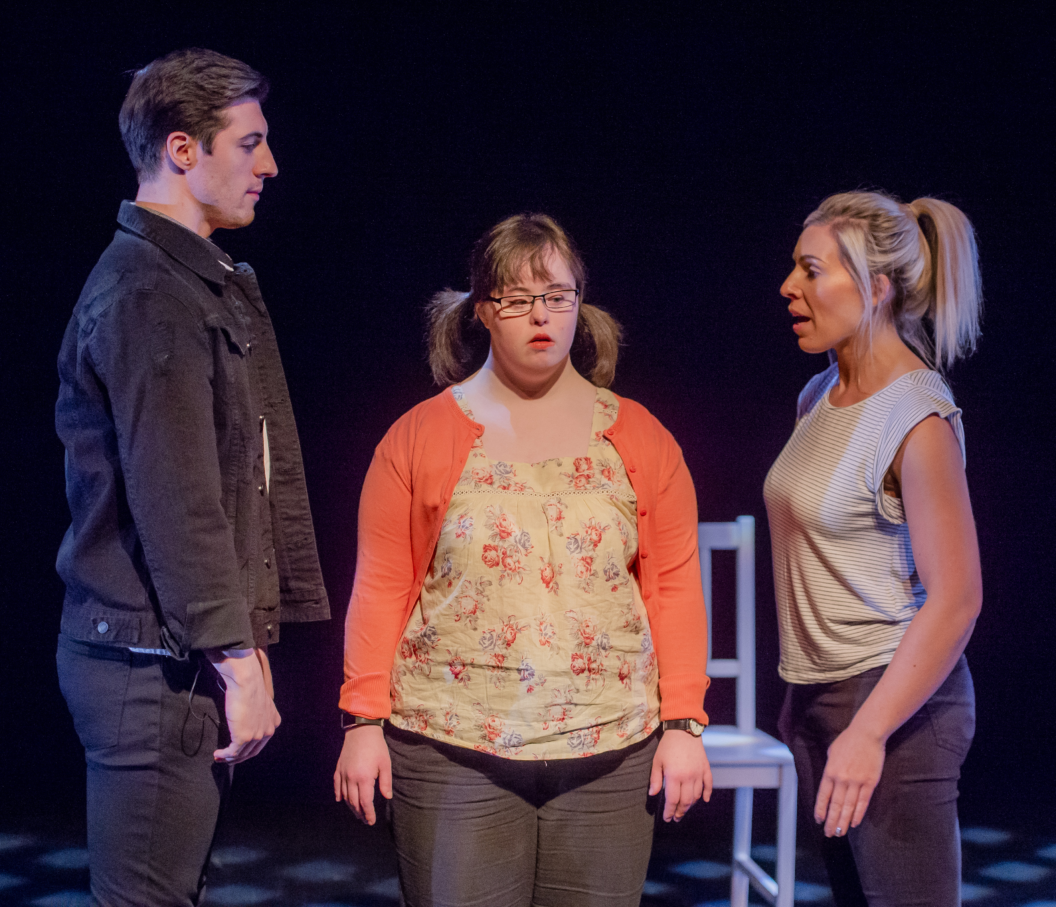 This month sees the launch of our research paper  – Safe and Healthy Relationships: Empowering People with Learning Disabilities through Education. Sex and relationships education, setting and maintaining personal boundaries and having the freedom to choose who we enter a relationship with is something that many of us take for granted; however when you have a learning disability these things can often be difficult to navigate…

Downs with Love is a play which tells the story of Beth, a young woman with Down’s syndrome. She lives a very independent life with the help of a new support worker, Tracy. On Friday nights, Beth, goes to the pub to watch Mark, a local singer; Beth loves Mark but the problem is – Mark loves Tracy. Cue the exploration of a series of complex, challenging and thought-provoking issues.

SCLD went to meet with Abi Brydon, an actress with Down’s syndrome who plays the main character Beth, and Suzanne Lofthus who directed the play, to explore how theatre is helping to raise awareness and understanding.

You’ve just finished touring Downs with Love across Scotland, how was it?

Abi: “It was an amazing experience and the show was a great success… it felt like the message really got across about how I was being discriminated against. We did a Q&A and got a lot of positive feedback.”

Abi: “It’s something that [people with learning disabilities] can live for”

Suzanne: “I think it gives families of people with learning disabilities inspiration about what their children can do.”

How did the play come about?

S: “I had the idea about thirty years ago, but wasn’t working in this area until about five years ago. Then Abi Brydon came into one of our INSPIRE groups (which use drama to help people with disabilities) – she wanted to become an actor – I put the two things together and Downs with Love was born!”

Had you ever seen a play which dealt with this subject before?

S: “Nothing quite like this in the way it centres on Beth’s experience as a person with a learning disability… I think Downs with Love is different because it gently challenges the audience – it asks them questions. It’s also about something that we don’t usually think about – why can’t we accept that someone with a disability could have a relationship with someone who doesn’t have a disability?”

What did you both think about the play’s subject matter? (Beth, who has a learning disability falls in love with Mark, who doesn’t)

A: “I think everybody should have a fair shot of being in love… Everybody should be in love in their own way – no matter who… I think we should all treat each other like equals.” 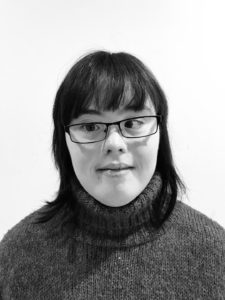 “We were quite stunned to get comments like ‘I didn’t know people with Down’s could do something like that’. I think the play not only raises the issues about relationships, but shows audiences that people with disabilities can perform to a professional standard and achieve much more than they thought. We had a lot of comments about how people were really challenged about the relationship issues raised in the play, so it has definitely raised awareness.”

(Abi) have you had any similar experiences to what Beth goes through in the play?

A: “Some of the things that happen in Beth’s life have happened in my life too… her routines are my routines… like having scrambled eggs on toast!”

S: “When we were writing the play, we asked Abi about her own life experiences, as we really wanted to build this in.”

A: “I went to a local drama group and the person [running the group] looked at me and took me outside and said that they had no spaces left in the group… My mum then got an email saying that we gave ‘no indication’ that I had Down’s syndrome.”

S: “I think if that had been me, or my child, I would have never gone back to a drama group… but Abi is very determined.”

Beth’s accounts of being bullied unfortunately mirror some of Abi’s own experiences at school – the emotions of feeling scared, upset and frightened come through in the play and in her portrayal of Beth.

S: “That’s what makes the play, and especially Abi’s experience, so powerful.”

S: “Our lead tutor [Katie Milne] and I worked with Abi to find out her real life experiences of living with Downs and then I wrapped that information into the script – we wanted to make Abi’s experience central to the play, so we asked her to write the final lines…”

A: “I know what you see when you look at me, you see someone different – but I’m not different, I’m the same as you.”

“I know what you see when you look at me, you see someone different – but I’m not different, I’m the same as you.”

(Suzanne) Beth struggles in the play to understand other people’s behaviour especially that of her love interest Mark – is this something you particularly wanted to highlight as an issue for people with learning disabilities?

S: “Yes… Beth sometimes mistakes friendship for love. This illustrates difficulties that everybody, including people with learning disabilities face.” 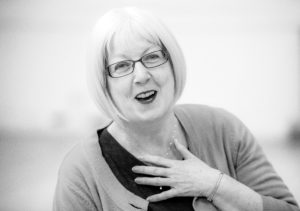 “Plays, videos and media can be useful tools in helping people with learning disabilities navigate this landscape.”

Do you think people with learning disabilities and relationships should be more widespread across the media?

A: “The more people we educate about Down’s syndrome, the better.”

S: “So including issues around people with learning disabilities and relationships seems like a natural progression.”

What’s been the best thing about working together?

S: “Thank-you! Abi’s attitude to work – she was always excited to rehearse and do the play, her enthusiasm was infectious. She worked really hard on her lines. I loved seeing her joy at the end of the play when the audience almost always gave her and the others a standing ovation.”

And finally, what’s next for you both?

A: “I want to be a television actress, doing kids programmes, soaps – River City, Casualty and [especially] Coronation Street.”

S: “We are showcasing our INSPIRE work on September 8th in Dunfermline Carnegie Hall Annex. We continue with our INSPIRE work in Fife and Edinburgh and are trying to raise funds to expand the work. We may look at doing another tour of Downs with Love – it could also be a film but I know nothing about film making! We’d love to create more plays around disabilities but funding is always an issue.”

*Downs with Love will be performed at the World Down’s Syndrome Congress this July [shortened version] and on September 8th in Carnegie Hall Annex in Dunfermline. You can find out more about Cutting Edge Theatre and their upcoming projects here.

We look forward to engaging on the reconsideration of key parts of the #UNCRC Bill, to ensure that it continues to work to protect and uphold the rights of children and young people with learning disabilities ⬇️ twitter.com/together…

Annual health checks have been shown to be a successful intervention to improve the health of people with learning disabilities. We welcome this significant announcement and look forward to hearing more details about the delivery of this initiative. twitter.com/scotgovh…

Following on from the publication of our Early Years report, we recently published a guest blog from parent Jacqueline, who shares her own experience of accessing Early Years education and #childcare for her son, Patrick. Read the blog🖱️bit.ly/3PejHln pic.twitter.com/7KUQ…